Carlos of the Sour Grapes just updated his ETSY shop with some small new watercolor paintings. These small pieces measure 4in. x 6in and are all part of his new Ugly People series. Check out his shop here. 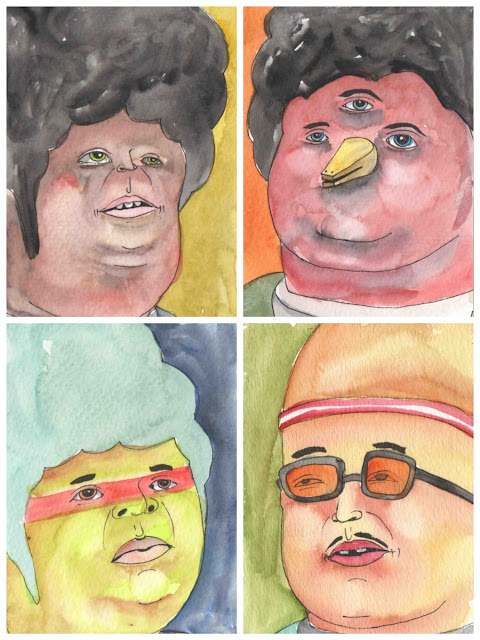 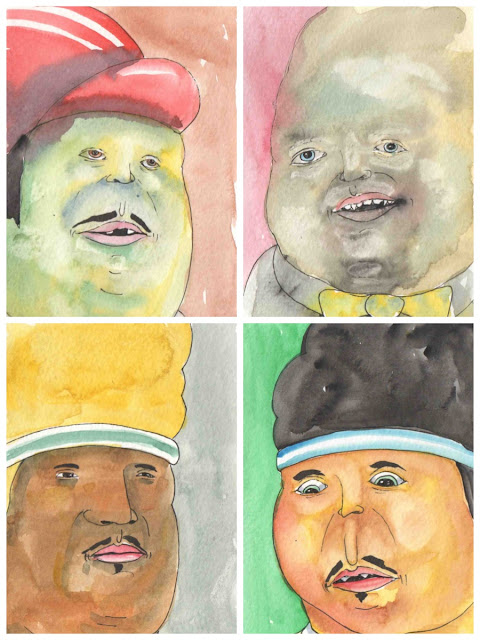 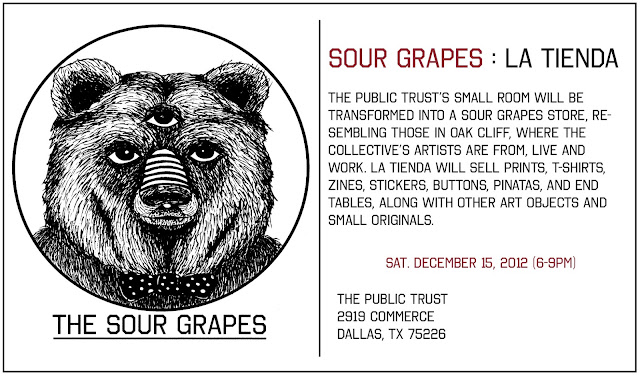 We just launched Congo's new site. Check it out here. 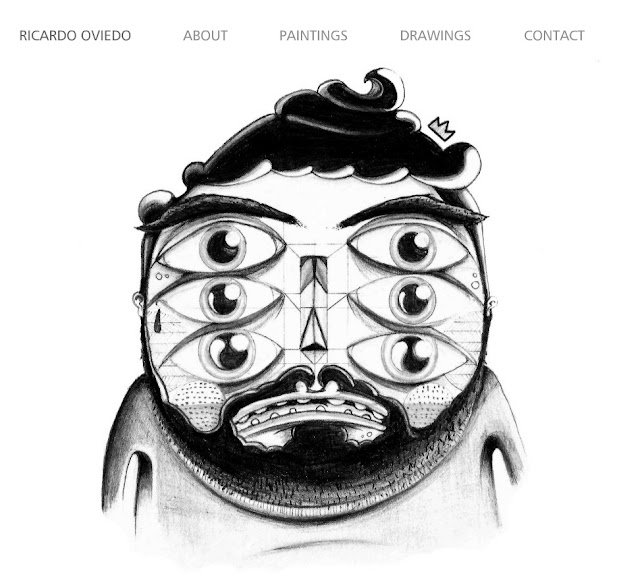 We will be doing some live painting and selling some art. Come out to the event and hang out. 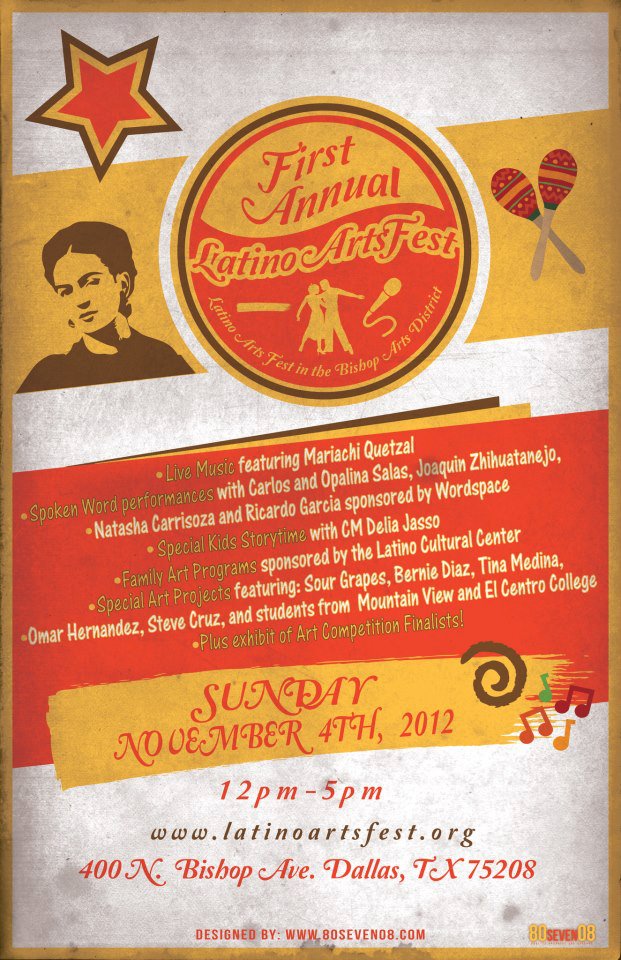 This past summer Miguel Donjuan and Eddie Castro of The Sour Grapes were part of an amazing show at The Mexic-Arte Museum in Austin. Check out this video to see how it went down.

I just finished my second zine titled "OSOS", which is spanish for "Bears". This zine features a variety of bear watercolor paintings that I have made in the past. The first zine was such a huge success that it sold out in about two weeks. If you would like to buy a copy of the new one, you can get it here. 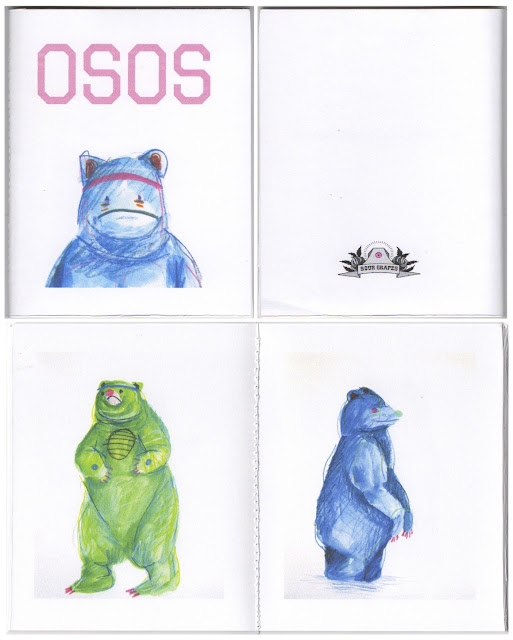 Life in the day of ARMA of the Sour Grapes. Special thanks to our girl Pebbles for the amazing video.

If you are free saturday night, come out to our studio. We will open it to all of our friends and family to come in and see what we have been up to. We have done this a few times before and we always have a great turnout. People come in and hang out and even buy some affordable art. 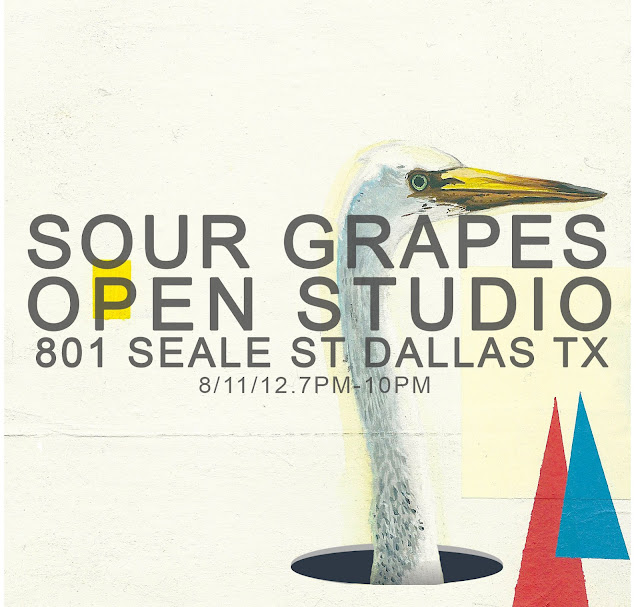 We did some work for D Magazine. Check it out here. 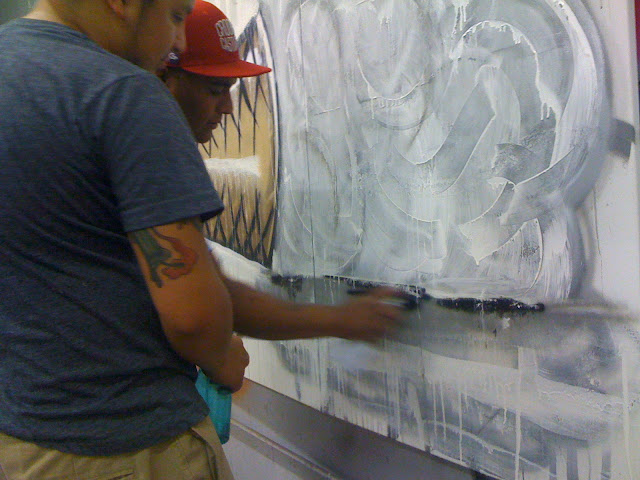 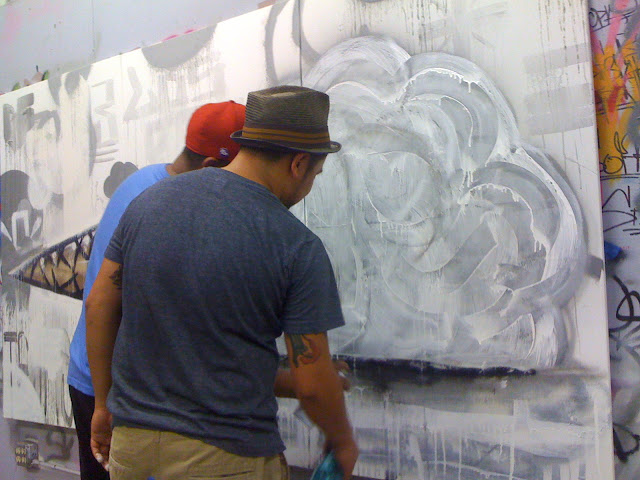 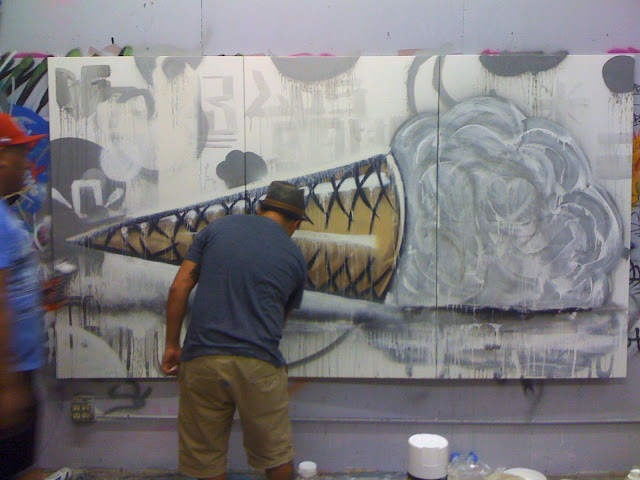 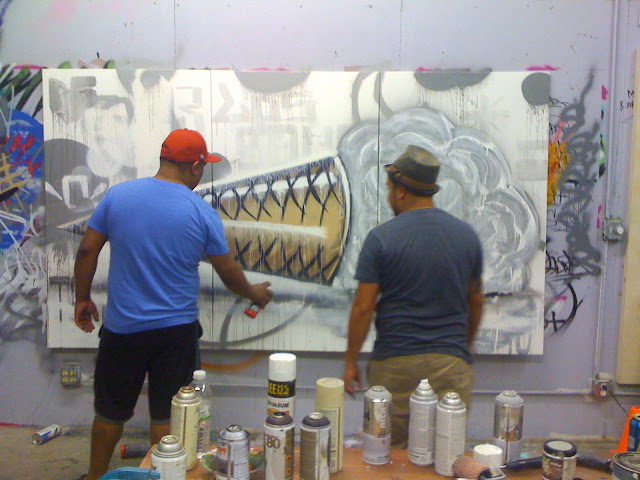 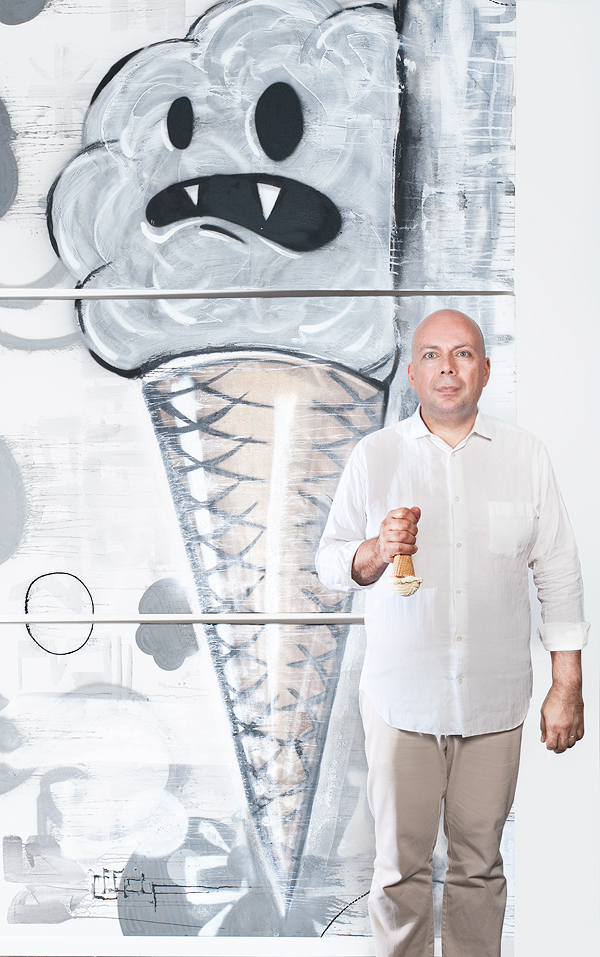 Vandals at the museum

Sour Grapes own Miguel and Eddie will be featured at The Mexic-Arte Museum's annual Young Latino Artists show. The show is now in its 17th year and it will feature artist that are involved with the graffiti movement. We are all very proud of our crew on their upcoming show. if you are in Austin, please come by and see the show.

Miguel has been putting in work for his upcoming show at The Mexic-Arte Museum in July. Sour Grapes on that museum status. See more of his work here. 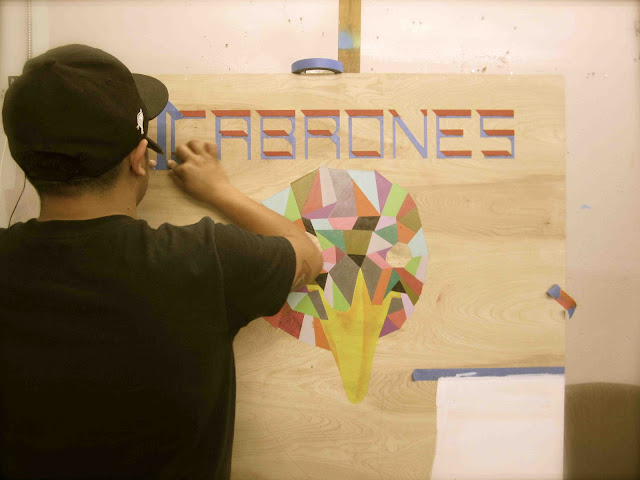 We are heading down to Austin for our annual art show at COMPLETE during SXSW. If you are in the area enjoying the madness, stop by and hang out. Thank you to Zaul and the Complete crew for always supporting us. 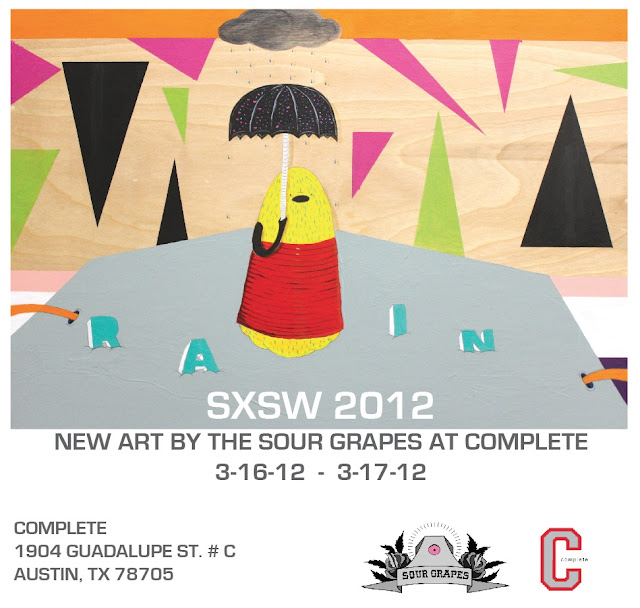 Arma went to LA to attend the "Miss You" exhibition by Os Gemeos at Prism Gallery. We have been fans of the Brazilian twins for years and it is great to see them have so much success. 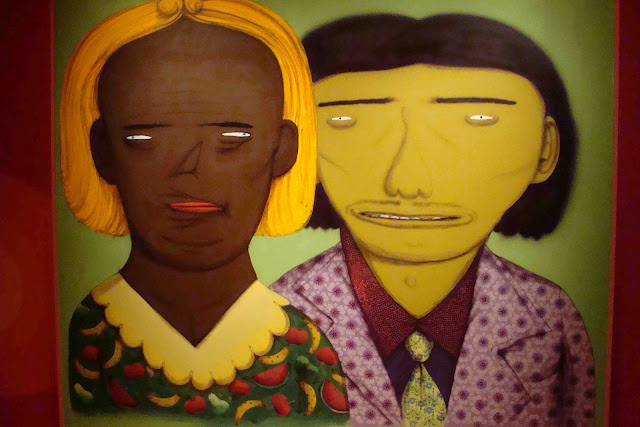 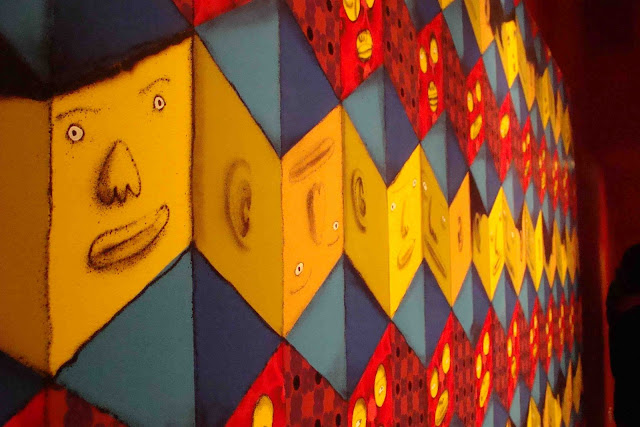 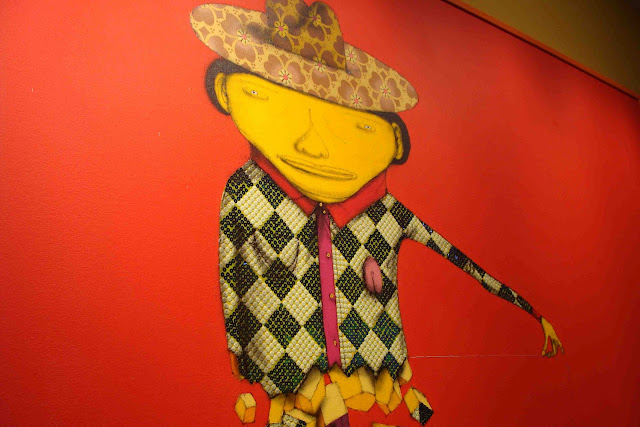 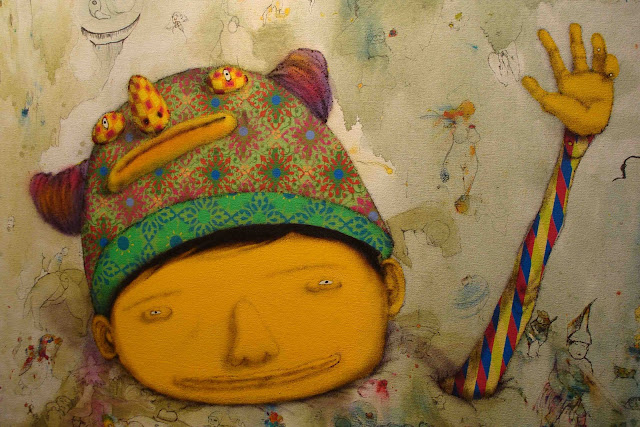 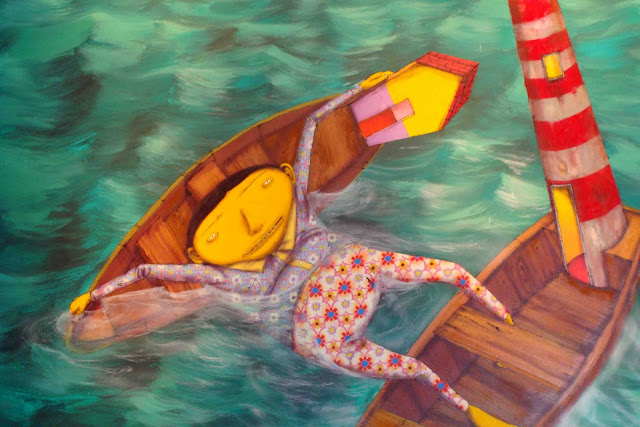 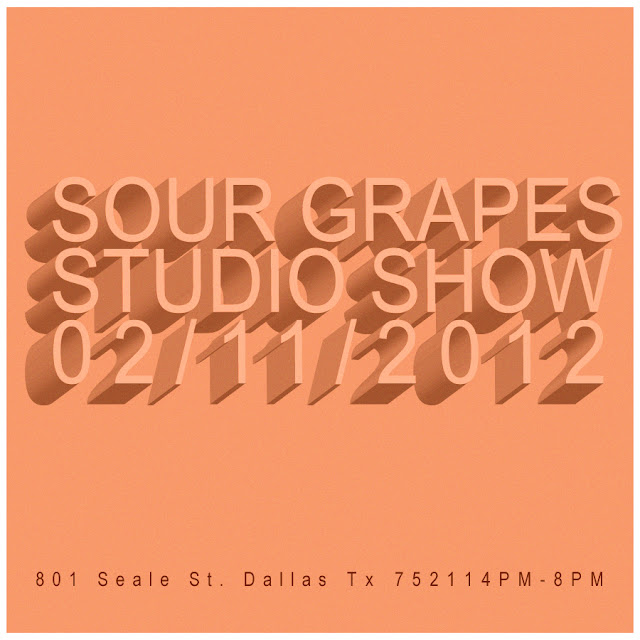 Come to our studio and see some art and hang out. The work will be for sale at affordable prices.
Posted by Nezo at 8:41 PM 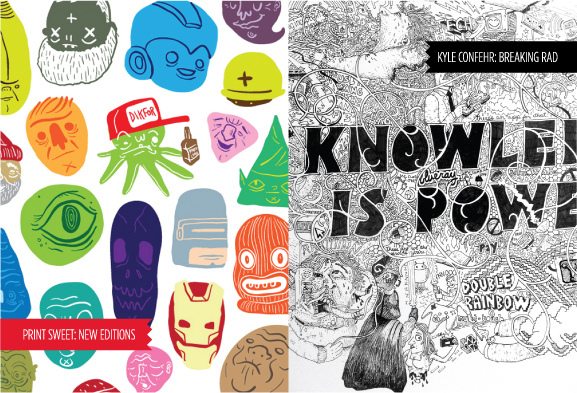 ABOUT BREAKING RAD
Kyle Confehr primarily creates ink on paper drawings focusing on the absurdity of brand allegiance, irony, consumerism, social media, the notion of an “in” crowd and many other facets of modern culture.
Breaking Rad will feature new and recent works on paper as well as a collaborative site specific painting installtion with Favio Moreno of The Bodega Negra. This is the artist’s first solo exhibition with The Public Trust.
ABOUT KYLE CONFEHR
Influenced by artists such as Jim Stoten, Geoff McFetridge, Chad Vangaalen, Andy Goldsworthy and Edward Gorey, Confehr’s quick-witted delivery is satirical in nature and outsider in its perspective. Further influences include Legos, Where’s Waldo, Batman, rednecks, Ren and Stimpy, old Trapper Keepers, unicorns, laser beams, Pokemon and awkward conversations with his best friend Pete. On a personal note Kyle loves pizza, peanut butter and jelly sandwiches, Sharpie’s, his dog Oswald and most of all his wife Meaghan. Kyle hates bad people, boy bands, country music and working out.
PRINT SWEET: NEW EDITIONS
January 14-February 18, 2012
Opening Reception: Sat. January 14, 2012 (6-9PM)